On Tuesday, February 4, 2020, the body of Ruth Ama Eshun, a 37-year-old Ghanaian nurse was found at Ayuom near Kumasi in the Bosomtwe District of the Ashanti Region.

Officials have reportedly arrested one person in connection with the incident. Investigations are reportedly ongoing to arrest other accomplices.

Here is what we know so far about the incident:

The lifeless body of the deceased was found in the morning of Tuesday, February 4, 2020 after she failed to return home Monday and was reported missing by her worried husband.

The deceased, who worked at the Sewua Health Center — about half-an-hour drive from Ghana’s biggest natural lake Bosomtwe — was found at about 100 meters from her home.

She reportedly parted ways with her colleagues for the bank after an assignment until she met her untimely death.

Though there were reports of marks of assault on her body, family members have disputed such claims except to say that blood was oozing from her openings.

Her body has since been deposited at the Komfo Anokye Teaching Hospital for preservation and autopsy.

Who are the attackers?

It still remains unclear about the identities of the assailants.

Residents who trooped to the crime scene told Dailymailgh.com that the deceased may have been gang-raped and murdered by the unknown assailants.

Dailymailgh, however, gathers that the key suspect has been on police wanted list in connection with several rape-murder cases in the Ashanti Region.

When Dailymailgh visited the crime scene, it had already been set ablaze by some unknown persons who may be linked to the incident. 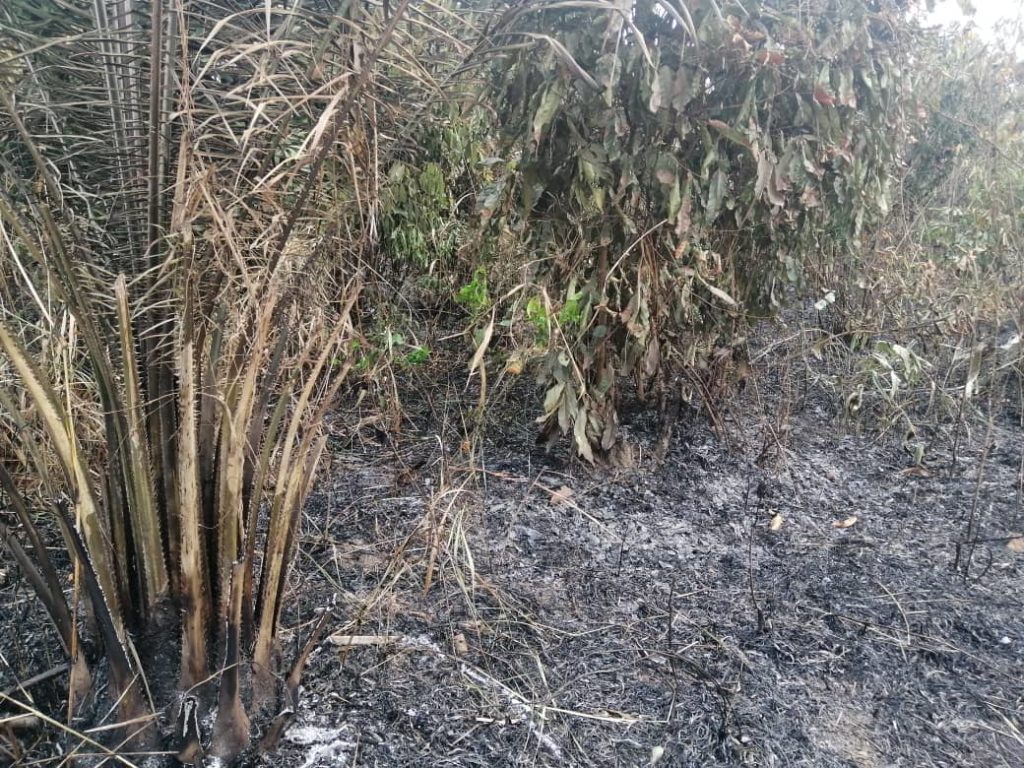 What are Ghanaians saying?

Many Ghanaians have since taken to social media to demand expedited actions from the police.

A campaign dubbed, “#JusticeForRuthEshun” has been launched to mount pressure on the police to bring perpetrators to book.

Some also questioned the priorities of Ghanaians in the wake of the death as they expressed a lack of faith in the justice system.

A Facebook user is backing calls for nurses across Ghana to declare an industrial action in solidarity with their departed colleague.

What have authorities said about the incident?

Investigators who visited the crime scene found a mobile phone which is suspected to belong to the unidentified gang.

The cause of her death is still not known as police have been tight-lipped on the development.

One person has reportedly been arrested but that is yet to be communicated to the media.

The Ghana Registered Nurses and Midwives’ Association of which the deceased is a member is calling on the police to speed up investigations to arrest the culprits.

While calling for calm, the Association is appealing to government to guarantee their safety in their line of duty.

Northalive and its affiliates are not responsible for the reportage or opinions of contributors published on the website.

Worker trapped in Bitumen barrel while stealing from employer

Kelvyn Boy finally speaks after angrily storming out of VGMA

NExA: NPP Sagnarigu PC to be crowned Female Politician of the...

Customers besiege offices of DKM Micro Finance as it reopens

ABOUT US
Northalive is your news, entertainment, music fashion website. We provide you with the latest breaking news and videos straight from the entertainment industry.
Contact us: info@northalive.com
FOLLOW US
© Northalive | Designed by Sivoconsult
MORE STORIES

Bono East: One unconscious, 38 staff of Q-Net wounded and GHC16k...